Casey Bartow-McKenney
The microbiota of traumatic, open fracture wounds is associated with mechanism of injury 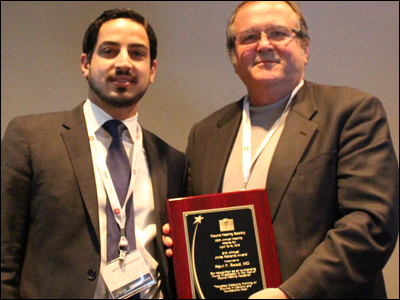 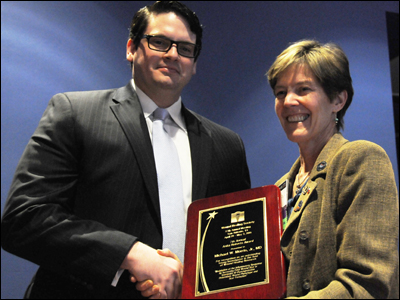 The WHS Awards Committee is pleased to announce that the first Anita Roberts Award has been given jointly to Elliott Kozin and Dr. Ashley Gordon. The award, which was presented at the 2009 WHS annual meeting, is given to the young investigator(s) whose original submission to Wound Repair and Regeneration is judged the best among all eligible papers during the prior year. Dr. Kozin and Dr. Gordon share the prize this year, as they equally contributed to the winning paper, which is: Gordon A, Kozin ED, Keswani SG, Vaikunth SS, Katz AB, Zoltick PW, Favata M, Radu AP, Soslowsky LJ, Herlyn M, Crombleholme TM. Permissive environment in postnatal wounds induced by adenoviral-mediated overexpression of the anti-inflammatory cytokine interleukin-10 prevents scar formation. Wnd Rep Regen 16:70-79, 2008.

The work was performed in the laboratory of Dr. Timothy Crombleholme at the Center for Molecular Fetal Therapy, Division of General, Thoracic, and Fetal Surgery, Cincinnati Children's Hospital Medical Center. Congratulations to the winners on an outstanding paper!